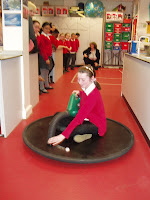 Seventy-five children from St Michaels, Woodgate and Kitwell primary schools joined us for three action-packed lessons on forces and movement. Particular favourites included the putt-putt boats, the balanced-forces Helium balloons and the hovercraft. Learning included Newton's three laws, that the unit of force was named after Newton and loads more. The teachers said they were going to do a number of the practicals themselves, such as the balancing paperclip, 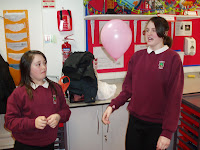 the rocket balloon demo and more. One teacher's feedback - 'Fantastic - All the children intrigued and wanting to learn more'. 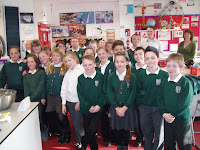