The invisible hand made visible 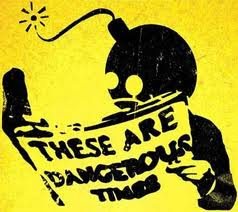 My latest Bloomberg column just appeared (or will around 6pm EST today). It takes a look at a landmark economics paper from just over ten years ago, one that I am sure (or at least hope) every macroeconomist, indeed every economist, knows fairly well. Given it's fundamental importance, I'm guessing it is by now probably a staple of undergraduate economics education. I'm referring of course to this study by Robert Clower and Peter Howitt which, in comparison with traditional economic theories, took a major step in actually revealing the mechanisms by which Adam Smith's Invisible Hand might work.

To many economists, this probably sounds crazy. What about Arrow-Debreu and all the thousands of later papers in general equilibrium theory in the same tradition? Don't those all establish how a decentralized market can act to organize economic activity in a remarkably efficient way? We'll, actually, no -- because only a very small fraction of those studies have even tried to model the messy dynamic process by which a huge number of independent people might, through trial and error, through learning, come to lead the market to its final organized state. And NONE, so far as I am aware, established by investigation a plausible dynamical story consistent with realistic human behavior. Hence, the nice story and metaphor of the Invisible Hand really has no plausible counterpart in standard economic theory; it remains no more than a metaphor, even if economists seem loathe to admit that.

But this isn't to say that something like the Invisible Hand idea isn't true and really interesting. The insight inspiring (the late) Clower and Howitt is that human economies probably self-organize into functional states coordinating the disparate activities of many individuals in much the same way ant colonies organize themselves. It's not due to the far-sighted rationality of any one agent (ant or person), but due instead to organizing structures that emerge to help us relatively unintelligent individuals cope with a very complex world. In the words of Howitt from this nice paper from 2007:

The idea motivating the approach is that complex systems, like economies or anthills, can exhibit behavioral patterns beyond what any of the individual agents in the system can comprehend. So instead of modelling the system as if everyone’s actions and beliefs were coordinated in advance with everyone else’s, as in rational expectations theory, the approach assumes simple behavioral rules and allows a coordinated equilibrium to be a possibly emergent property of the system itself. The approach is used to explain system behavior by “growing” it in the computer. Once one has devised a computer program that mimics the desired characteristics of the system in question one can then use the program as a “culture dish” in which to perform experiments.

Now the first reaction of many economists upon first hearing about this methodology is that all economic models with an explicit micro-foundation, which is to say almost all models that one sees in mainstream macroeconomic theory, are “agent-based”. Some even have a multitude of heterogeneous agents (see Krusell and Smith, 1998 and Krebs, 2003, among others). So what’s the big deal?

The big deal, as Tesfatsion has emphasized on many occasions, has to do with autonomy. An agent in a rational-expectations-equilibrium model has a behavioral rule that is not independent of what everyone else is doing. In any given situation, her actions will depend on some key variables (prices, availability of job offers, etc.) or the rational expectation thereof, that are endogenous to the economic system. These variables will change when we change the agent’s environment, and hence her behavior cannot be specified independently of the others’. The household, for example, in a market-clearing model of supply and demand cannot choose what quantity to demand until told what price will clear the market. Likewise the agent on a Lucas island (a Phelps Island with rational expectors) cannot choose how much to sell until informed of the stochastic process determining aggregate and relative demand fluctuations.

The problem with assuming non-autonomous agents is that it leaves the model incomplete, and in a way that precludes a deep analysis of the coordination problem. For if the model does not allow people to act without knowing the equilibrium value of some variable, then someone must have computed that equilibrium value a priori. In such a model there is no way to describe out-of-equilibrium behavior, and the problem of reconciling peoples’ independently conceived plans is assumed to be solved by some unspecified mechanism that uses no scarce resources...

Now under certain assumptions about common information, someone endowed with enough information could figure out on her own what the market-clearing price is going to be, or what the rational expectation of the price level is, and in this sense could act autonomously even in a rational-expectations equilibrium framework. But an economy full of agents that were autonomous in this sense would not be decentralized in the Hayekian sense, because no market would be needed to aggregate the diverse information of heterogeneous people, each of whom can do the aggregation in her head. Each would be capable of acting as the economy’s central planner, although in this case the planner would not be needed. Moreover, such an economy would have no need for macroeconomists, because everyone would already know as much as could be known about the macroeconomy. The coordination problem would be trivial. So by “autonomous” agents I mean agents that are endowed with behavioral rules that can tell them what to do in any given situation, independently of each others’ rules, even when no one has access to a correct model of the economy.

What Clower and Howitt showed in their 2000 paper -- and Howitt has expanded upon since in work with other economists -- is that autonomous agents of limited intelligence working on their own in an economic setting can readily self organize their activities into a functioning system with an intelligence far beyond their own. In their model, the coordinating infrastructure is a network of firms that emerges to make it easier for people to find the goods they need, vastly simplifying the problem of matching producers and consumers. I won't spoil the story. See some of Howitt and his colleagues' most recent papers, such as this one, for a nice summary of the original model and developments since then.

One of the most important things emerging from this work, in my opinion, is a way to look at the mechanisms behind economic coordination in a much more specific way. When an economy gets hit by a crisis and goes into recession, things happen which cannot easily be reversed, and certainly not instantaneously. Firms go out of business and then do not exist. This leaves gaps in the coordinating network which puts additional stress on other firms or individuals. An economy, like a broken bone, has suffered real damage that requires both time and the consumption of resources to overcome. Of course, you cannot even begin to understand how the key coordinating infrastructure can be damaged, or how it might be repaired, if you have no theoretical apparatus to describe that coordinating structure in the first place -- this is the position of modern mainstream (neo-classical) economics.

Hence, it's important to remember when confronting the rhetorical arguments of the OpEd pages -- for or against "austerity" or "fiscal stimulus" or some other policy -- that the economist you are reading has either based his or her views on a theoretical model that doesn't even try to model the key mechanisms of self-organizing coordination, or has come to a belief for other reasons, perhaps (in the best cases) a deep reading of history. There are other possibilities, of course.

I must say, this whole thing seems amazing to me. I would have thought that Clower's and Howitt's lead would have immediately been picked up by any macroeconomist eager to make progress. It would have swept in a new approach to understanding macroeconomic dynamics, displacing the older approaches; after all, it actually describes how the Invisible Hand works, whereas they do not. Obviously, this hasn't been the case, which in itself says something disturbing about the state of today's economics. It's clearly not all about seeking a better understanding.
di 12.12