There's one more class of relativity problems that you encounter in first-year physics that I haven't done yet with my pictorial method: that's the question of compound velocities. You know: the man in the train shoots a bullet inside the train...how fast does the observer on the ground see the bullet? 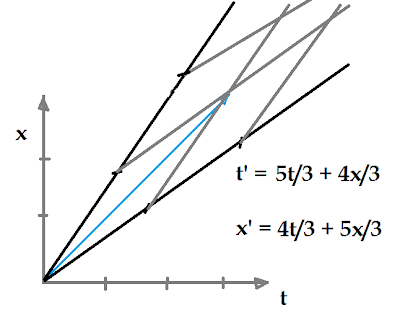 You should be able to verify that the equations I've written do indeed map points from the (x,t) coordinate system (the stationary system) to the (x', t') system (the moving system). 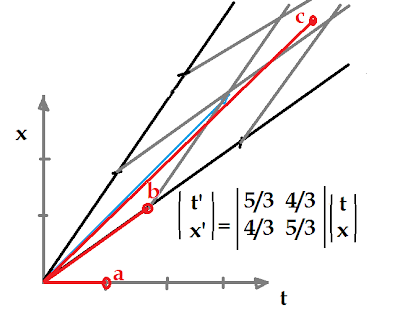