Don't Mess with my Story 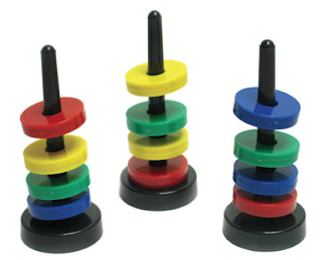 One of the Great Skills of the physicist is to make appropriate simplifications to a situation.  Experienced physicists don't think it's entirely a joke to "assume a spherical cow" -- it's a reasonable and necessary assumption if you're trying to approximate the terminal speed of a cow in air.
* That's part of a "discussion question" in the humor masterpiece that is Dave Barry's History of the United States: he claims that the fastest animal on Earth is a cow dropped from an airplane, which (he says) can go 120 miles per hour.  I started a calculation to check that.  But what model should I use for the force of air resistance here?  As long as the flow is laminar, Stokes Flow is appropriate, giving the force on an approximately spherical particle in a material with known density and viscosity.  So I assumed a spherical cow.  Really.
But the skill of making broad and reasonable assumptions must be taught to aspiring physicists.  The highest end of this teaching for me occurs with my research students.  They are presented with a difficult but penetrable research problem such as "magnet stack" -- develop a theory to predict the spacing between circular magnets as shown in the picture, and compare to experiment.  Ooh ooh ooh, the excited first-time researchers say.  We need to model the magnetic field due to cylindrical ferromagnets, and the force of each magnetic dipole on each of the others.  The middle magnet experiences at least four forces, some upward, some downward... what about the torque that causes the top magnet to twist?
STOP!  I say.  Don't get ahead of yourself -- build your understanding in small, straightforward steps.  Today I want you to start with just two magnets and a force probe -- measure the force on the top magnet as a function of its distance from the bottom magnet.  Measure the distance between them.  Take a magnet apart to see what the actual structure of the ferromagnetic stuff is.  Look up the theory for the force between two bar magnets.  Eventually we'll get to the complicated stuff, but for now, you need to assume a spherical cow.
In the first year course, it's just as important to start teaching appropriate simplification.  I see two major mistakes made by novices:
(1) Obsessing over irrelevant detail
A ball is dropped from the table.  How long does it take to hit the ground?  "But what about air resistance?" someone asks.  I show that a wadded-up paper and a 500 g mass hit the ground at the same time when dropped from the table.  "But there's still air resistance, your equations are bogus."  Yes, and what about the force of Jupiter?  It's there!  Oh, whoops, a bus in China just headed out of Beijing, changing the Earth's mass distribution and thus its gravitational field here.  Better include that, too... or, I can make the calculation using g = 10 m/s per second and get an answer that's going to match any measurement I can make to within 10% or so, which is quite useful.
(2) Focusing beyond the problem at hand
A cart on the track slows down while moving left: draw a free-body diagram.  "What force is acting left?"  Nothing.  Without a gravitational or electric field pulling left, and without a contact force pushing left, no forces act that way.  "Then how can the cart be moving that way?"  It just is.  "Baloney, I know things don't get moving by themselves, something had to apply a force to push the cart!"
It's obvious to me that any forces that might have accelerated the cart from rest happened before the action described by the problem, and so have nothing to do with the solution.  But that's a major obstacle to understanding for the novice.  Many physics teachers have a regular method to diffuse this sort of misconception.  I make a Hitchhiker's Guide reference by answering "how did the cart get moving?" with "The Almighty Bob came down from On High and spake, 'There Shalt Be A Cart Moving To The Left."  By the end of the year, that reference can be used to explain all sorts of things, like What caused the 300 N/C electric field?  and How did the electron get into the higher state to begin with?
In this week's Manhattan College summer institute, Paul threw out his own running gag -- "Don't mess with my story."  In his mind, each problem is telling a descriptive story, and the student who asks physically irrelevant questions beyond the boundaries of the story are like hecklers at a Shakespeare performance*.  Deal with the situation as presented here.  Don't read more into it than there is; don't add in effects that don't really affect the object in question.  If you're uncomfortable, think of the problem as a story, and suspend your disbelief...
* "Hey!  Don't kill yourself, Romeo!  Really, she's alive... Gawd, I want a happy ending for once."
di 05.08