What has nature done for us? 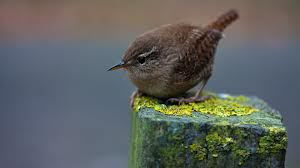 I had the opportunity last week to speak at the Edinburgh International Festival of Books alongside Tony Juniper, British environmentalist and former head of Friends of the Earth. I highly recommend his new book, What has nature ever done for us?, which examines the many ways that the natural world contributes to our well being considered in economic terms. "Many ways" is of course an absolutely absurd understatement, as the natural world essentially provides everything that makes our lives possible. But if you turn off your brain, swallow hard and actually do calculations of environmentally produced economic value -- sadly, it seems that only this approach has influence in our world where everything comes down to economic costs and benefits -- you find (without any surprise) that the value of "ecosystem services" on a yearly basis is many times current global GDP.

Personally, I think it is obvious that this is a vast underestimate, but if it is necessary to convince people who cannot think in any other terms, then so be it. The Earth's ecosystems produce the oxygen we breath. How much value is there in that? I would say it is pretty much infinite, although I'm sure someone will argue that we could, with the right hypothetical technology, produce our own oxygen and so replace those messy natural resources with industry based on our own knowledge, perhaps we'd even boost the economy in the process! Bollocks. Juniper's book is a beautifully written corrective to such nonsense.

We've evolved in delicate interdependence with our natural world; we didn't create ourselves above and beyond nature with rational thought and technology, although this is the modern illusion. Although it comes from a very different context -- A Recipe for Happiness by Rabbi Ari Kahn (courtesy of Mitch Julis of Canyon Partners) -- I think the following words hold great wisdom:

Modern man, intoxicated with his own success, is prone to hubris. He sees himself as a self-made man, and worships his ‘creator’ every time he glances in the mirror... Like Narcissus gazing into the water while perched on a rock, modern man no longer recalls where he came from, and his own self-absorption mesmerizes him. He is isolated, and because he has forgotten the past, he has no humility, no perspective, no context. At the same time, he jeopardizes his connection with the future: Only when we transmit historical consciousness to our children, and live beyond the narrow confines of the present, do we stand a chance of being appreciated by our children – rather than being rejected, in turn, as a relic from the past.