Foreseeing the next financial crisis... 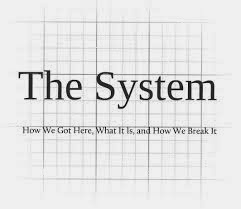 My latest column in Bloomberg (out today, 15/11/2013) looks a little at the silly pronouncements of some economists (Nobel Prize winners Robert Lucas and Eugene Fama among them) to the effect that "financial crises are by their very nature unpredictable." These are, in my opinion, essentially meaningless statements if at all examined; they're the equivalent of an excuse: "don't blame us economists for not having a clue the whole system was about to explode!" The column argues -- and this is the important point -- that lots of economists haven't taken this easy and shameful way out, but have taken on the hard work of developing ways to measure systemic risks and, we hope, give us a better chance to detect important instabilities and imbalances in financial markets as they emerge. Many have even begun collaborating in their efforts with physicists, engineers and other such types. If they have a little success, then we might then just possibly do something to head off the worst trouble in potential future crises (IF the regulatory system doesn't suffer massive political interference at just the crucial moment, of course, which I recognize is a big IF).

As part of another project, I've been perusing recent efforts to develop various measures of systemic risk, and thought some readers might be interested. I've only started, so this is a very incomplete list, but there's some interesting stuff here: