The "triviality" of the EMH 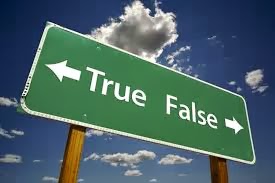 By way of Lars Syll, some comments from Robert Shiller on the difference between the obviously true (and not very interesting) version of the Efficient Markets Hypothesis -- "markets are hard to beat)" -- and the obviously false (yet still widely believed) version that markets possess some kind of mysterious and magical wisdom. The latter is probably the most damaging perversion in finance; maybe in all of economics. Shiller's is also my view, but of course, this is not at all a coincidence as I been influenced by many things Shiller has written over the years:

Professor Fama is the father of the modern efficient-markets theory, which says financial prices efficiently incorporate all available information and are in that sense perfect. In contrast, I have argued that the theory makes little sense, except in fairly trivial ways. Of course, prices reflect available information. But they are far from perfect. Along with like-minded colleagues and former students, I emphasize the enormous role played in markets by human error, as documented in a now-established literature called behavioral finance …

Actually, I do not completely oppose the efficient-markets theory. I have been calling it a half-truth. If the theory said nothing more than that it is unlikely that the average amateur investor can get rich quickly by trading in the markets based on publicly available information, the theory would be spot on. I personally believe this, and in my own investing I have avoided trading too much, and have a high level of skepticism about investing tips.

But the theory is commonly thought, at least by enthusiasts, to imply much more. Notably, it has been argued that regular movements in the markets reflect a wisdom that transcends the best understanding of even the top professionals, and that it is hopeless for an ordinary mortal, even with a lifetime of work and preparation, to question pricing. Market prices are esteemed as if they were oracles.

This view grew to dominate much professional thinking in economics, and its implications are dangerous. It is a substantial reason for the economic crisis we have been stuck in for the past five years, for it led authorities in the United States and elsewhere to be complacent about asset mispricing, about growing leverage in financial markets and about the instability of the global system. In fact, markets are not perfect, and really need regulation, much more than Professor Fama’s theories would allow …